The school will take place in the building of the Faculty of Mathematics and Computer Science of Nicolaus Copernicus University in Toruń.

Faculty of Mathematics and Computer Science

The Faculty of Mathematics and Computer Science was founded in 1993, but mathematical sciences were developed in the Nicolaus Copernicus University in Toruń from the very beginning of its existence, first, within departments, later, in the Institute of Mathematics – a part of the Faculty of Mathematics, Physics and Chemistry. In the 1960s a new specialization, a ‘numerical division`, was established. It can be regarded as the beginning of the computer science studies in Toruń. The Faculty of Mathematics and Computer Science, with its high level of scientific research and a number of world-class researchers, has always been awarded the highest grade in the Polish evaluation of scientific units. Well-equipped laboratories, lecture halls, seminar rooms and the library providing access to a large collection of resources, together with the latest technologies and free wireless Internet access in the halls, form its modern infrastructure. The building of the Faculty is within a 5 minutes' walking distance from the Old Town, which offers a wide range of restaurants and affordable hotels.

Virtual tour of the faculty 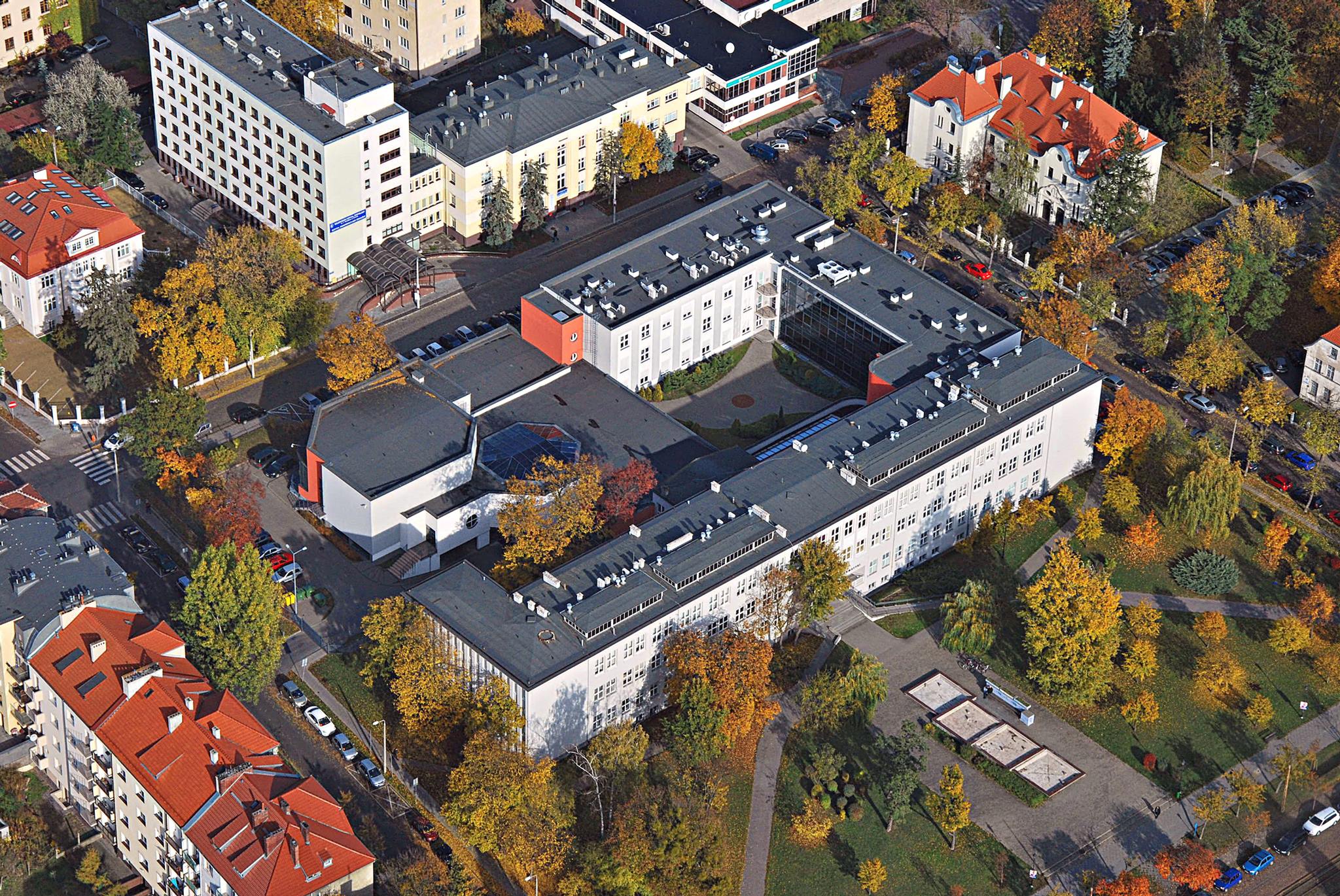 How to get there

The school will take place in the building of the Faculty of Mathematics and Computer Science of the Nicolaus Copernicus University in Toruń. The Faculty is conveniently situated for both railway and bus stations. It is located within a short walk from the town centre, close to Plac Rapackiego (at the second or third stop depending on a bus route). From the Central Railway Station (Toruń Główny - PKP): buses 11, 12, 13, 14, 22, 27, 36. Get off the bus at “Plac Rapackiego”. From the bus station (Dworzec PKS): leave the station by main exit. Turn right slightly and right again at the traffic lights to “Uniwersytecka” stop, then take tram 3. Get off at "Plac Rapackiego" (the third stop). To get to the Faculty from Plac Rapackiego: turn into Chopina Street and go straight up the street for about 300 meters. 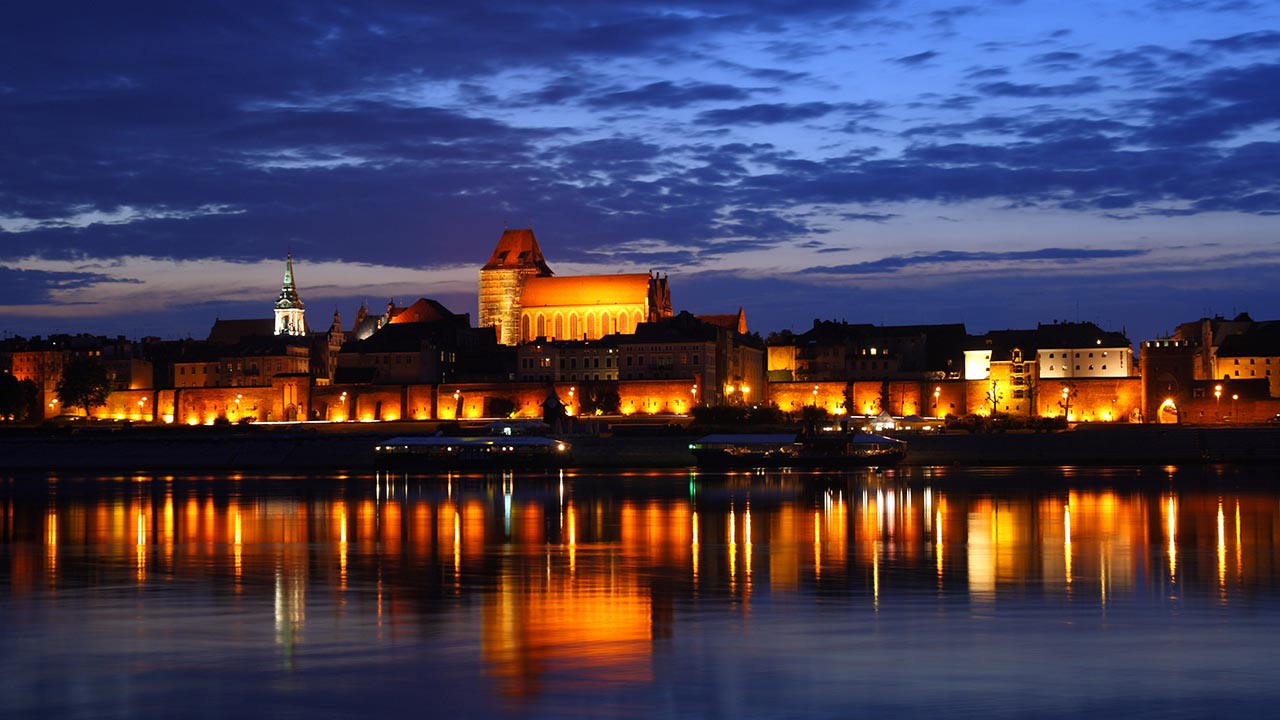 Toruń, one of the oldest cities in Poland, is located on the Vistula river in the northern part of the country, and is best known as the birthplace of the astronomer Nicolaus Copernicus. In 1997 the medieval part of the city was designated a UNESCO World Heritage Site, and in 2007 the Old Town in Toruń was designated as one of the Seven Wonders of Poland.

National Geographic has rated the old town market and the Gothic town hall as one of the 30 Most Beautiful Places in the World. Toruń has many monuments of architecture from the Middle Ages onwards. Most of them have an almost intact medieval spatial layout.

Toruń has the largest number of preserved Gothic houses in Poland, many with original wall paintings or wood-beam ceilings from the 16th to the 18th century. Among the most important monuments are: the Cathedral of John the Evangelist and John the Baptist (14th century), St. Mary Church (14th century), the Old Town Hall (12th-16th century) - one of the most monumental town halls in Central Europe, ruins of the city fortifications (12th-15th century), and the 15th-century Gothic house (now a museum) where Nicolaus Copernicus was born.

Toruń has escaped substantial destruction over the centuries. Particularly, the Old Town has been left intact; all of its important architectural monuments are original rather than reconstructed. In recent years major renovation projects have been undertaken to improve the condition and visual attractiveness of the Old Town. Numerous buildings as well as the city walls are illuminated at night, creating a unique effect among Polish cities.

Toruń is a tourist town and offers a wide range of accommodation. The old town is located within a walking distance (~7 minutes) from the venue and dozens of hotels with a wide range of prices and a variety of conditions are available there, from expensive ones to low-budget hostels. We strongly recommend to find a suitable accommodation through the online accommodation booking website www.booking.com. 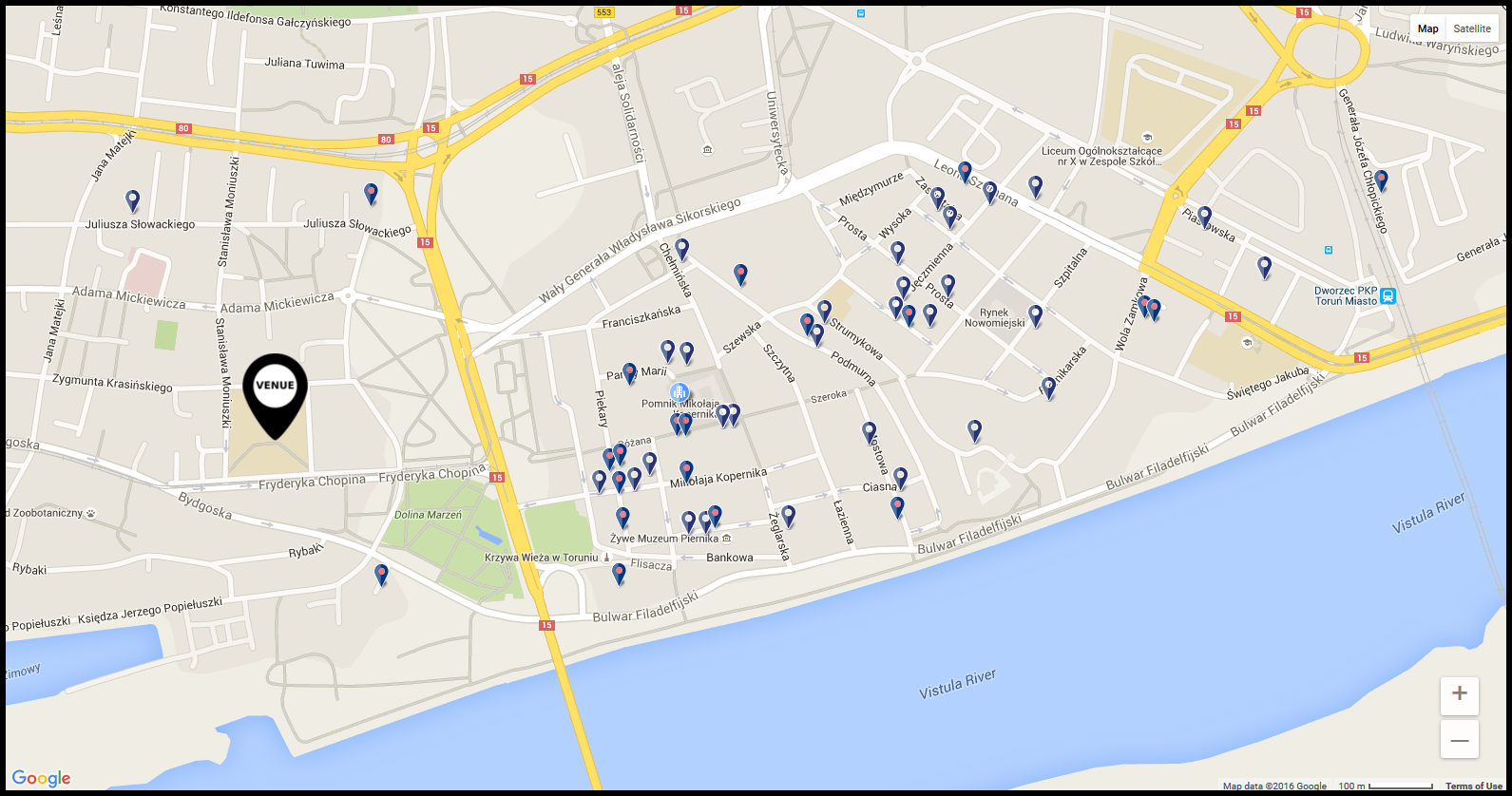 You may also consider staying in one of many different private apartments which are available at: Airbnb.